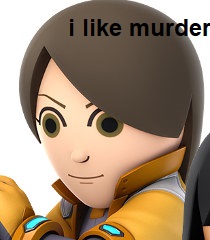 Way back in the day, there was a somewhat useful training method in Smash 4. I don’t remember it exactly, but it was basically a niche situation that can be used to demonstrate the proper KO moves for amiibo. Here’s how I remember it:

I just used this method on my Jigglypuff, in an attempt to get him to use Rest. I’d been having a hard time getting him off down-air chains (they build damage but just don’t KO) but wasn’t able to connect consistently with Rest. After remembering this option, I tried it out. It worked pretty well: not every KO is with Rest, but many of them are. He didn’t stop using down-air, but now he can use it to KO.

I recommend you try this method when your other methods aren’t working. It takes advantage of your amiibo’s simply coded AI because they’re looking for the moves that work, but not taking into account who’s using them on who. By having a larger target, it’s easier for you to land.