For the last several days, I have been attempting to maximize the utility of a complete and total accident. Out of sheer luck, I taught my Sheik amiibo how to successfully carry an opponent across the stage using a combination of forward airs and forward tilts. I wasn’t aware that the amiibo would learn this, let alone use it effectively (as you can see in the Youtube video that will be linked below, and the eventual followup containing more amiibo vs. amiibo matches with that Sheik).

So I’ve been trying to make this amiibo work, and there’s been some very unusual results. This Sheik amiibo does very well against heavyweights like Bowser and King K. Rool thanks to her almost inescapable forward tilt and forward air combo. Yet, she never wins. For some reason, this Sheik amiibo will almost always take her opponents (at least, her heavyweight opponents: I’ve focused exclusively on heavies) to the very last hit and then get outmuscled by the opponent. I’ve run at least two dozen matches with this Sheik against all three of my Bowsers amiibo, my King K. Rool amiibo and myself playing as heavyweight characters, and she simply never wins but gets incredibly close. It almost seems intentional.

Regardless, Sheik is an excellent example of the Utility formula at work. The amiibo itself is incredibly smart, being able to carry out an eight-move combo off of raw training alone, despite the fact that amiibo can’t think out combos ahead of time. If not for a few small flaws (she has an affinity for running under Bowser immediately after he initiates his down air) I would even be comfortable with the argument that Sheik may have the highest I variable in the game. It’s certainly the highest I variable I’ve ever seen, and it’s not clear to me that this would be exclusive to my training. 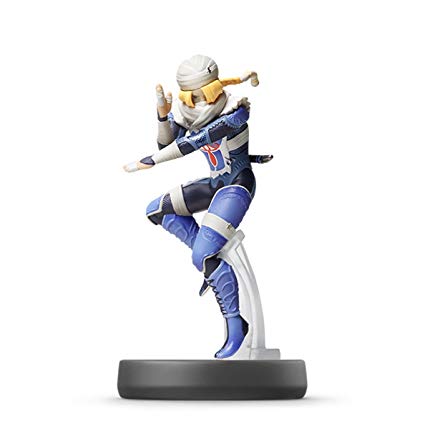 I’m considering publicly releasing the bin to encourage experimentation with this Sheik, and to demonstrate my opinion on the I variable.

The only thing that’s holding back Sheik is an impossibly low C variable. Sheik has to land five to eight moves to gain even twenty to thirty percent, which holds her back immensely. If Sheik were to receive a buff to a few specific aerials or smash attacks, or both, then she may become an effective niche amiibo.

It’s not clear that, short of an incredible amount of luck and a very untrained Bowser, this Sheik could ever take a match off of Bowser. While it certainly would be possible, the Bowser in question would have to be so poorly trained (meaning a very low Θ) that it simply wouldn’t be a replicable experiment, and the Sheik would have to be at the top of her game. In this case, the character alone is enough to keep Bowser on his throne, no matter how unskilled. Let me explain by using the Utility formula.

A victorious amiibo needs higher variables than their opponent to win, and they must be at least high enough to make up for their other shortcomings against their opponent. If you were to conceptually calculate this Sheik, you’d give it a moderately high I, a near-zero C, and a high Θ. For most tournament-ready Bowsers, you’d assume also a moderately high I, a massively high C (his entire moveset is perfect for amiibo competition, especially in the weight-based metagame) and a high Θ because of their tournament-ready training. We can’t assume anything on the R variable, because that’s determined by the game.

After calculating the two different equations, it seems pretty clear why Sheik can’t beat Bowser. His C variable is too low! It’s self-evident by watching the matches that Sheik doesn’t have the firepower, and the Utility formula provides the conceptual framework for that observation.