Since the discovery of Reverse Feeding a few days ago, I’ve been poking around and attempting to recreate the results that were promised in the initial post, to some success. Despite my holier-than-thou-art attitude against using equipment, I loaded up Tagmo (the best Android app for amiibo) and made the necessary edits to some vanilla .bin files I had previously trained.

I Reverse-Fed Marth, Ganondorf and Yoshi. Each amiibo was previously vanilla, and each one had already been trained by me at some point beforehand. My skill level with Smash Bros is not a concern here, as I have placed well in a handful of local tournaments across nearly every Smash game, save for 64.

I followed the process outlined in the original post, and when it was unclear I decided to opt for the most reasonable decision. My process was as such: 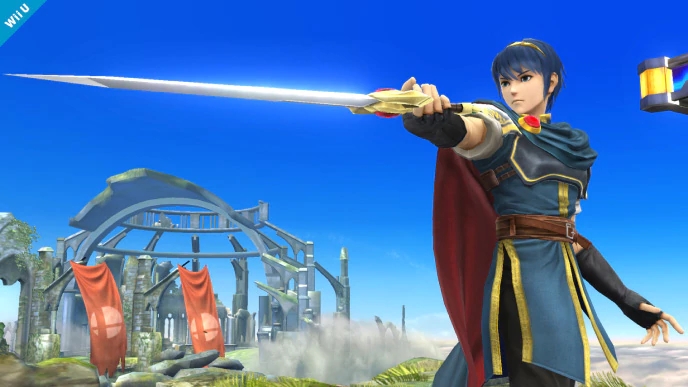 I chose Marth for a few reasons. His amiibo is high-tier in both vanilla and nonvanilla metagames. In my experience, Marth has always learned pretty well, and he has a variety of effective moves that would be good to learn. On top of that, jumping and tipping his aerials is pretty deep into his AI, so I would be able to test the effectiveness of Reverse Feeding’s ability to remove jumps.

I decided to start by teaching him only one move: his forward smash. Now, obviously I should have started with Dancing Blade, because that single move is responsible for his high placement on the nonvanilla tier list. However, I decided to go with his forward smash because it’s more obvious when it succeeds: if it misses, it misses. If it hits, it hits, and if it tips, it’s a lot more powerful. It wasn’t my best choice, but it was 10:00 PM, I had just gotten off of work and dammit I was tired.

Marth had very poor results. He was completely stomped by every mid- to high-tier vanilla amiibo he went up against (none of his opponents had been Reverse-Fed). He went three matches against each one, and started fresh after each set (meaning I did not save him after the three matches). At first I thought this was because I had done something wrong with the procedure: perhaps I had forgotten to remove the nerfs, or maybe I had been using the .bin file that hadn’t yet been Reverse-Fed.

Nope! Marth just did poorly. I’m thinking about half the reason that he did poorly is because I chose to train him with the wrong move: to that end I’m going to train him again, starting from the same vanilla amiibo file, but with his Dancing Blade instead of his forward smash.

One thing that I noticed is that regardless of his opponent, two or three matches into each set, Marth would begin to jump again. He never jumped as much as a normal Marth would, but he still would use his jump to attack with a forward air. It doesn’t appear that Reverse Feeding can solve that issue completely, but it certainly has helped. 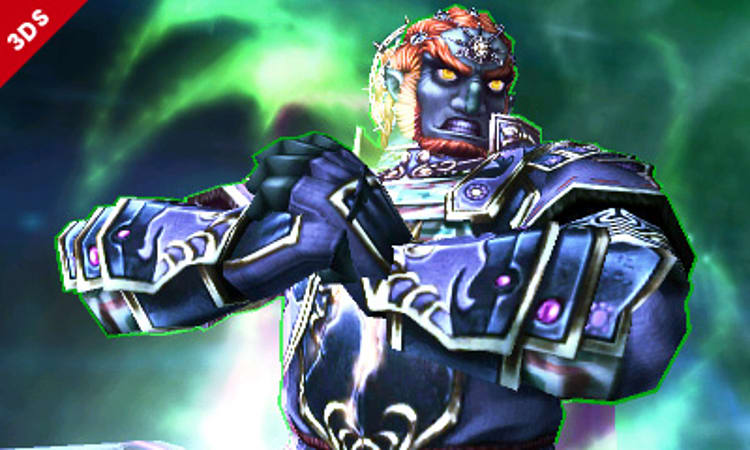 I chose Ganondorf for similar reasons to Marth. He’s a high-tier amiibo who learns fairly well, and just about every move can be used to KO. While his aerials don’t seem to be as deeply inherent as Marth, Ganondorf does tend to use his forward air on occasion. Knowing that, I would be able to use Ganondorf as another example of how well Reverse Feeding can eliminate jumping.

Again, I chose to have Ganondorf use his forward smash. I wasn’t really sure what a Ganondorf should learn (in retrospect I should have opted for forward smash and down smash) so I opted for the best move to KO with. I don’t think that the move choice has affected Ganondorf as much as it did Marth. Forward smash is still a solid option to go with if you were to only pick one, and at the time I had decided to wait on teaching them more than one move.

Ganondorf had significantly better results than Marth in his post-Feeding combat. He did better against the same amiibo that Marth went up against, and he won about half of the time. One thing I noticed about Ganondorf, aside from an unusual attempt at dashing, is that after four matches he stopped using his forward smash entirely and instead relied entirely on grabs and Flame Choke for damage and KOs. This won’t normally be an issue in tournaments, because tournaments almost always go with best-of-3 sets. It’s still a useful thing to keep in mind.

I chose Yoshi because, unlike Marth and Ganon, he’s not a very intelligent amiibo. His AI has always spammed Egg Throw (supposedly, that was patched a while ago, but I have trained two Yoshi amiibo since then and I see no reason to discard the idea that he still spams them). Despite his issues, he should theoretically be a reasonably good character on the ground thanks to his long grab, inability to jump out of shield and forward and up smashes.

Yoshi was the amiibo that I trained to use more than one move. I trained Yoshi to use his forward and up smashes, and when returning to the stage I used his down-B. It was pretty straightforward, and during training he picked up on it pretty quick.

The problem with Yoshi is that he just won’t knock it off with the eggs. Both during training and in the combat phase he would use eggs whenever I wasn’t close enough for him to hit me with anything else. That’s a real problem, because Yoshi doesn’t have very much range in the first place! In fact, training Yoshi without jumps really opened my eyes to something I had never been able to notice before: what if Yoshi only uses attacks based on what is close enough to hit?

It seems to me that Yoshi operates mostly based on where you are and what circle you’re in. If you are right next to Yoshi, he’ll usually use a smash attack against you. If you are a bit farther away, then Yoshi will throw out a grab. And if you’re very far away, then an egg is his only bet. Of course, Yoshi’s opponents are hardly ever right next to him, so naturally he goes with eggs all the time.

Yoshi theories aside, it seems that Reverse Feeding did not affect Yoshi very much, if at all. Two to three matches in, regardless of his opponent Yoshi would revert back to the way he was before. He forgot all about smash attacks and using something besides his Egg Throw. It’s safe to say the only long-term effect Reverse-Feeding had on Yoshi was to cut his jumping down to about one-third of where it used to be. It’s still enough for me, mind you.

Yoshi didn’t have any success either against the set of amiibo that Ganon and Marth faced, so I decided to set him up against the low-tier amiibo like Sheik, other Yoshis and Jigglypuff. He did much better than Yoshis normally do, which says something as to the potential of Reverse Feeding: it could help low-tier amiibo perform a bit better in battle than they previously did.

How it looks so far

That being said, none of the Reverse-Fed amiibo were able to defeat my casually-trained Ness, even for one match. In addition, the Reverse-Fed amiibo tended to do better on Ω-stages: in fact, it was like a completely different amiibo was fighting. When on Battlefield or Dream Land or another stage, they would fight effectively but wouldn’t stick to their training as well as they should. When they went on an Ω-stage, the amiibo’s behavior was remarkably closer to how it behaved during its Reverse-Feeding. I found that very odd, but it made sense considering I only Reverse-Fed them on Ω-stages. It’s home to them.

Each amiibo had a very large reduction in jumping, and that certainly seemed to stick around. Reverse-Feeding definitely delivers on that promise.

Reverse-Feeding is probably going to be a much better “training refinement” than anything else we’ve discovered. I don’t think it will have as much impact on vanilla due to the lack of a negative Speed stat, but nonetheless it delivers on most of its promises. It’s not a perfect solution to all of the problems it claims to solve, but it’s the best we’ve got so far. Hats off to Cloud Nine!