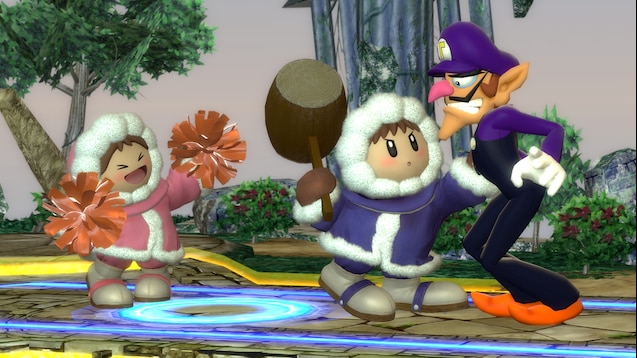 We’re assuming this is vanilla, because I’m a vanilla trainer.

Since Melee, the Ice Climbers have been a  unique and interesting character that has consistently been a metagame-defining threat. In Melee, their ability to “wobble” has caused (and is currently causing) entire rule changes so as to protect the fairness of the metagame. In Brawl, they were considered S tier, only being topped by Meta Knight due to their incredible 0-death chaingrabs. In Ultimate, they… exist.

The amiibo metagame may be their time to shine in Ultimate. While I have yet to truly delve into their behavior, it seems like on their surface they stand to be a wild card in most matches. This is more due to their character than their AI, more specifically the gimmick they’ve had for years.

The Ice Climbers have a lot of things going for them:

That first and last point is the one really worth looking at. A properly-trained offensive Ice Climbers would theoretically be a demon when put on defense: hit one, get hit by the other. While the Icies do get separated from time to time, moves like Belay and Squall Hammer will reconnect them if they’re within a reasonable distance from each other. I have to go back through and train them again to confirm some of this, but a lot of it has already been evidenced in my newest Youtube video. We saw their excellent recovery and formidable Sopo fighting in a few of these matches already.

I’m supposed to get Piranha Plant in the mail today, so I’ll train him next. I’d like to research the Ice Climbers in the future, but we’ll put them on hold so I can get to Piranha Plant first.