This is a one-time non-amiibo post. I don’t plan on doing these often.

As everyone in the free world has heard, Reggie Fils-Aime (pronounced feeS- Ah may, with a hard S) is retiring from Nintendo come April 15. Just in time for tax season in America. While I am personally very glad for Reggie, and wish him well in his retirement, I can’t help but smell a sea change for Nintendo on the horizon that seems to extend beyond the “fresh faces” of the company.

The Nintendo Switch is looking to be an incredibly popular console: it’s probably not as widespread as the Wii, but certainly will be a mainstay in popular culture for years to come. With a lineup of first-party titles that are only half-filled out (we’re still missing Animal Crossing, a Gen 8 Pokemon game, and other Nintendo staples) it’s no doubt that the Switch is going to pick up more sales as more series migrate to the console.

Like a bad rash, the Switch has also had a streak of remakes, re-releases and “deluxe” games on the console, even extending to the Mario Kart and New Super Mario Bros series. Games like Resident Evil, Link’s Awakening and even the Crash Bandicoot series are breathing new air on the console thanks to remakes previously thought impossible. The boundaries of what was previously thought possible on a Nintendo console are being removed: rumor has it that Microsoft is going to join the Nintendo Switch lineup.

Outside of the Switch, Nintendo is a shifting company. The Super Mario theme park is being constructed as we speak. Nintendo is also cooperating with competitive Smash tournaments: Frostbite 2019 is the most recent. Only a few years ago they entered the toy industry. Some of Nintendo’s best series, and Fire Emblem, are even playable in some form on cell phones through the app market. From a customer’s viewpoint, it looks like Nintendo is finally giving us some of the more outlandish things we’ve been wanting. Spare me the Mario puns, but even some pipe dreams are coming true. 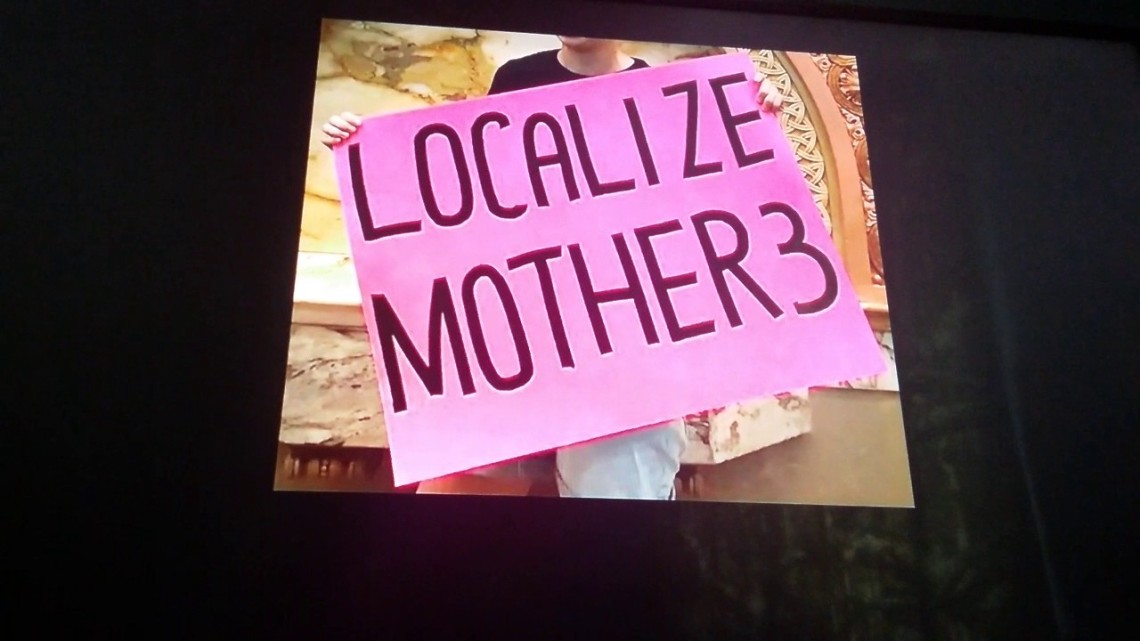 Nintendo needs to recognize that despite the wishes they’re granting to the other communities, Mother’s fanbase clearly isn’t going anywhere. The fanbase is so enthusiastic, it’s earned its own Wikipedia page. They’ve built businesses based around their love for the Mother series, such as Fangamer and Starmen.net, and span every inch of the internet. The people who pestered Nintendo with a phone petition back in 2003 are still around. The late Satoru Iwata even credited their Miiverse efforts with the re-release of Mother 1 (known in the U.S. of A. as EarthBound Beginnings) and EarthBound on the Wii U’s Virtual Console.

Let’s recap: The company has new blood, having just replaced Mr. Iwata and positioning itself to replace Mr. Fils-Aime soon, and is also learning to ride the bicycles of the theme park industry, the toy industry, and the mobile gaming industry. Nintendo Switch is proving itself to be an excellent platform for tried-and-true games the second time around, and we’ve already had the first two games on the Wii U.

Do it, Nintendo. Give us Mother 3!